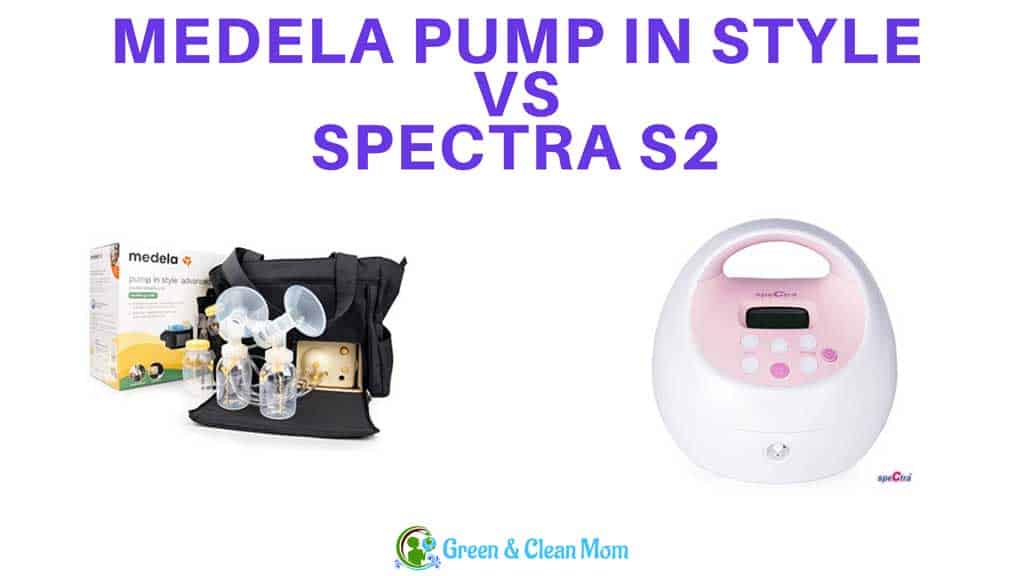 Both the Spectra S2 and the Medela Pump In Style are top of the line breast pumps for double pumping. But you probably already know that otherwise, you wouldn’t be here.

In this post, we are going to talk about the two breast pumps (Spectra vs Medela) – what they have in common, and what the main differences between them are. If you can’t decide between the two, I hope I can help you figure out which is the better choice for you!

The Spectra S2 is quieter and gentler and more suited to the first-time mom. It is often a little cheaper too, which is great for those looking to save a few dollars. 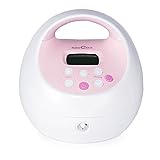 The Medela is far more portable and easier to carry. The downside is that it is noisier and has a stronger breast pump, which might not suit first-timers. 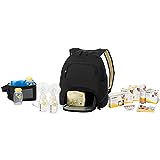 The Differences Between The Breast Pumps

There are actually quite a few differences between these two breast pumps, and I’ll tell you about each of them in as much detail as I can. You need to have a crystal clear picture of both if you want to figure out which is the better choice for you.

The Medela Pump In Style allows you to adjust the suction speed and has a single button for the let-down phase. This button allows you to switch between the two suction phases as often as you want, so don’t be afraid to use it. You can adjust the speed of the breast pump using the dial regardless of the phase you are in, which is great.

So, I would definitely say that the Medela breast pump is easier to use – you get a dial to adjust the speed and a button to switch between the stimulation and expression phase and that’s it. 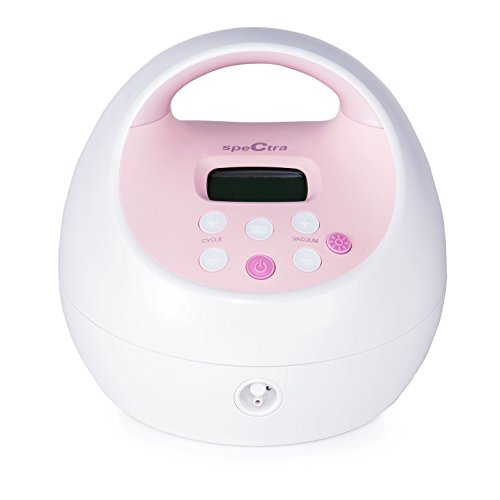 The Spectra S2, on the other hand, has a mini display and several buttons that allow you to adjust its speed. You get a power button, a letdown button, and +/- buttons to adjust the cycle rate and suction speed.

The pump does come with preset settings that you can easily adjust yourself, and it will remember the settings that you left it on when you last used it. Now, this is one reason why I think the Medela is easier to use – there won’t be any nasty surprises when you turn on the breast pump. In addition to that, the Spectra S2 has a set cycle rate of 70 in stimulation mode, which you can’t change at all.

The dial on the Medela means that you have to decrease the speed of the breast pump completely to turn it off, which will come in handy if you don’t remember to do this with your Spectra S2. Just imagine turning on your breast pump for the first time that day, with a 55 cycle rate! Ouch.

In addition to that, the buttons on the Spectra can be a tad confusing when you just start using it. Especially because you would have to keep your eyes on the pump – otherwise you could try to press the let-down button but wind up accidently increasing the vacuum, which is not what you want.

All of that being said, I would still say that the Spectra S2 is slightly a better choice in this respect. It has more options, it allows you to adjust it exactly how you need to, and it even has a timer and a night light! Such things always take a couple of tries to get the hang of it, but once you do it is more than worth the ease of use in my opinion. 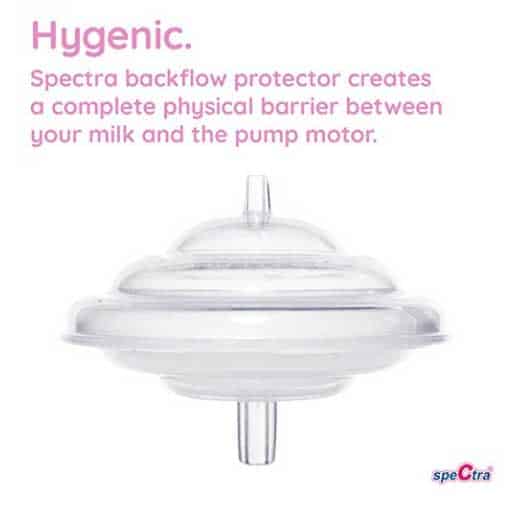 The Spectra S2 is a closed system pump,  which means that it is suitable to be used by more than one person. There is a good barrier between the mechanism of the breast pump and your breast milk. So, no breast milk will get stuck in the pump’s tubes and there is no chance that you will have to deal with a build-up of bacteria. Great news, right?

The tubing of the Medela, on the other hand, goes straight into the flange – so it’s an open system. This means that there’s a good chance some breast milk will get into it. And that it’s not meant to be anything else than a single user pump. But, if you don’t plan on sharing your pump with anyone, then this isn’t something that you should worry about. In that way, open system breast pumps are fine, you just need to know how you plan to use it.

These things ultimately determine how portable your breast pump is.

You can get deluxe set versions of both breast pumps on Amazon. These will include little coolers, a tote that you can carry your pump in, bottles and a few other things.

However, if you are getting the pump through your insurance, that’s not going to include a whole lot of accessories.

With the Spectra S2, you won’t get anything other than the breast pump and its main parts. So, you will have to get a bag in which you can carry it separately. And since the pump is pretty large and kind of awkwardly shaped because of the handle, it won’t fit into all of your purses.

Yes, the handle is awesome because it allows you to just grab a breast pump and move around the house if you need to. But it also means that the S2 will take up much more space in your purse than it should. Additionally, with the Spectra S2 you don’t really have the option of using batteries in it. Even the deluxe set only includes a wall adapter, and you would have to get a car charger separately and off-brand. 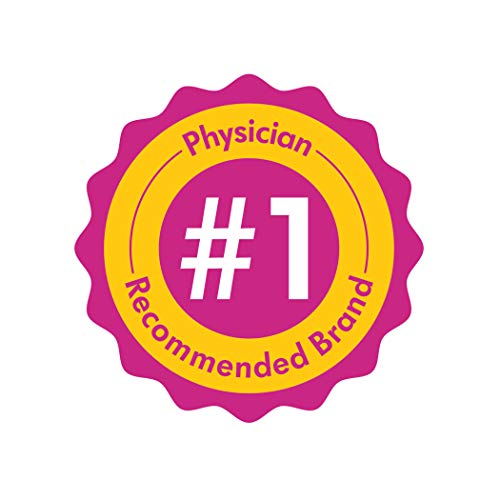 The Medela is much smaller than the Spectra one, which is a plus. Even the insurance pump, which is the most basic version of it, comes in a little discreet pouch that allows you to carry it wherever you want.

The pump is also a square shape, which means that it will be easier to carry around and fit into your other purses. 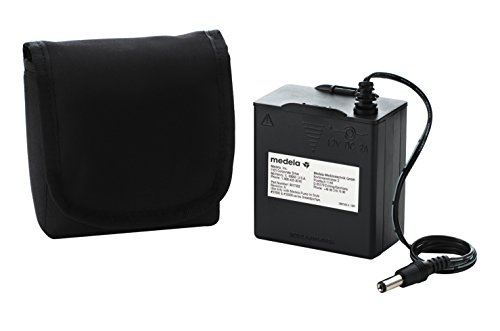 Last, but certainly not the least is the portability charging aspect. The deluxe version of the Medela pump includes a battery pack that allows you to use your pump on the go. This also means that you won’t have to use a car adapter if you’re pumping on your way to work – just remember to charge up those batteries beforehand.

The battery pack uses 8 AA batteries, which are not included when you buy them. Although that is always the case with battery-operated devices, right? So, be sure to stock up before you head out with the battery pack.

Note: The insurance version of the breast pump, however, doesn’t include them. 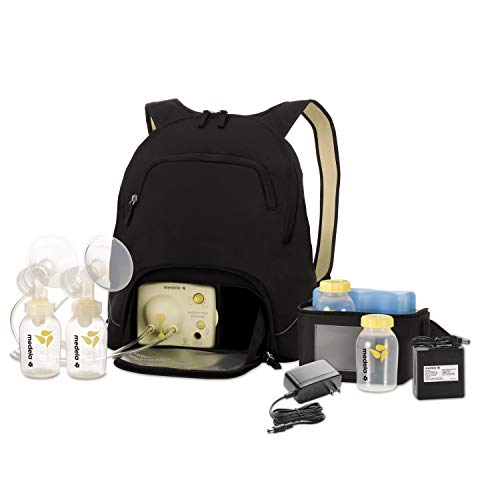 Just one more thing on the Medela, before we get into the nitty-gritty of spare parts. If you want the whole kit then consider getting the Medela Pump in Style Advanced as it includes almost all the extra bits you could want. Backpack, battery pack etc.

For some of you, this is going to be one of the more important factors. Stuff happens; pumps get knocked over, tubes and flanges get broken and sometimes you are going to need to replace a part of your electric breast pump in the next 15 minutes if you want to use it that day.

With the Medela, that’s going to be pretty easy. You can get spare parts for the Pump In Style pretty much anywhere – at Babies R Us, Walmart, Target and online (yes on Amazon). And the replacement parts are pretty affordable, so you won’t feel like you should have just bought a new pump instead.

With the Spectra S2, it’s a little bit different. The parts aren’t really available in a whole lot of places – you can get them on Amazon and a couple of other websites, but that means that you are going to have to wait a day or two for them to arrive. You will rarely find Spectra spare parts in your regular supermarkets. Additionally, they are more expensive than the Medela parts, so there’s that.

I would definitely say that the Medela is a winner in this regard since Walmart is the definition of availability and convenience.

The noise level of a pump is pretty important, especially if you plan on using it at work or in public. You want the pump to be quiet and discreet, and not attract the attention of your entire neighborhood when you use it.

The Medela Pump In Style is not an ultra-quiet pump. It produces a sort of mechanical sound, and as you increase the cycle rate and the speed of the pump tends to get louder. Many a reviewer online has mentioned it, just take a look on Amazon.

Now, this is fine if you are at home and don’t really care about anyone hearing it. But if you are at work and are trying to pump quietly, then I definitely suggest you go for the Spectra S2 instead. It is not only quieter, but the sound it produces is also very soft – almost like a purr. Just like having a cat with you!

Anyway, if you want to hear the pumps in action, I suggest you check out this video. You can hear both of them, and I think it will help you understand exactly what I’m talking about.

Below you can see the features that these two pumps have in common.

Those are the main common features of these two breast pumps. Surprisingly they are more alike than you’d think – but the devil is in the details. So let’s move on to those!

Both of these are top of the line double pumps. I doubt you will have regrets whichever one you decide to get. However, I would generally recommend the Spectra S2 pump, especially for first-time moms.

For one thing, it is supposed to be a little bit gentler than the Medela, so it’s the better choice for women who have no experience with pumping and just generally have sensitive skin or breasts. But it also has a few other benefits, like the ever so helpful timer and nightlight. Additionally, it’s also a closed system pump, which means that it’s going to be slightly more hygienic to use than the Medela.

Even though this closed system pump is not super-portable, because of its large and bulky size, it is the better choice if you plan to use it at work simply because it is really quiet. The Medela Pump In Style, on the other hand, has the benefit of being more portable – even the most basic version of the pump comes in a nifty little tote. Plus it is much smaller than the Spectra pump, which means that it will be that easier to carry it around. So, if portability is key, then Medela is your best bet.

The Pump In Style is reported to be louder and a little bit more aggressive, but that doesn’t have to be a bad thing. Think about clogs – if you often deal with those, then I think the Medela would be the better choice since more pressure will get them out.

Oh, and the Medela is easier to maintain since you can get spare parts for it pretty much anywhere and they are pretty affordable. But generally, it is just a question of which pump works better for you and your pumping style. And I hope this comparison helped you figure that out!