Home Uncategorized Biking as a Family Can Lead to Healthy and Sustainable Lifestyle, But... 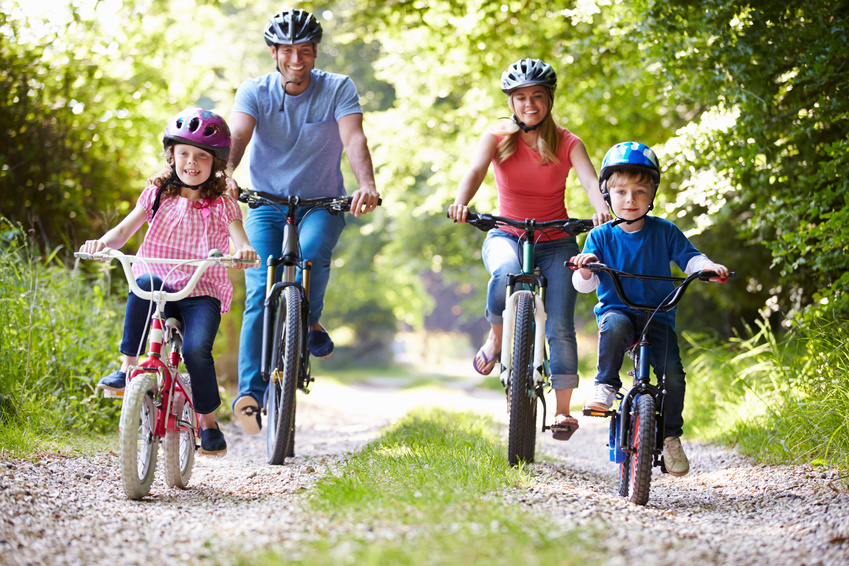 Vehicle sales hit an all-time high in the last year, meaning that more Americans are buying cars these days. And with all the cars on the market, it’s not surprising that 39% of people are considering at least five different vehicles at the same time. In contrast, many Americans want to reduce their carbon emissions and opt for alternative transportation, instead. The most popular and fun form of eco-friendly travel, of course, has to be the bicycle.

May was National Bike Month, which was established in 1956 to encourage people to try their hand at cycling by highlighting all of its benefits. These benefits often include muscle development, increased endurance, and stress relief. And for families who bike together, these shared recreational activities can strengthen their bond while allowing them to stay active.

Although May has come and gone, the coming summer months are an ideal time to take a spin around the neighborhood or explore a new biking trail. In fact, the Rails-to-Trails Conservancy just awarded over $100,000 in grants to support small, regional trail projects. That means families may soon find it easier to locate and navigate biking and nature trails in their area.

But even though biking as a family can be a fun and healthy choice, parents may need to increase their focus on safety.

Statistics show that 36 million Americans ages seven and up rode a bicycle at least six times in 2015. Some of them were even bike commuters! But according to a report from HealthDay News, upwards of 400,000 children are sent to U.S. emergency rooms on a yearly basis due to injuries sustained from cycling, skating, skateboarding, and scootering. And of the 1,600 parents surveyed, around 40% said that their children don’t always wear a helmet when participating in these activities.

While helmets and protective gear are known to be the most effective way to prevent injuries, the results of the SafeKids Worldwide and Nationwide Insurance’s Make Safe Happen study suggest that parents need to take a more active role in ensuring their children actually use this safety equipment.

Torine Creppy, interim president at Safe Kids Worldwide, noted in a news release, “We know that kids follow their parents’ lead, and if they see their parents wearing their helmets, it’s much more likely they’ll do so as well … And just making sure that kids have a comfortable, properly fitted helmet will do wonders to keep that helmet in place and give kids a safe ride.”

That being said, bike-related injuries did drop by 28% between 2005 and 2015. But injuries from skating and scootering actually increased during that time, suggesting that parents could be under the impression that the safety risk might not be as severe during these activities.

Senior VP of marketing at Nationwide, Mike Boyd, said of the findings, “While it’s encouraging that the bike-related injuries are down, the number of kids still getting hurt is far too high — especially considering that many of these injuries could be avoided by simply wearing a helmet and other safety equipment. We’re hoping this information will remind parents and children alike about the importance of wearing a helmet every time they bike, skate or ride a scooter.”

Keeping these survey results in mind, it seems more parents need to take an active role — literally and figuratively — in making sure their family gets to enjoy these shared physical activities in a way that keeps everyone safe.