Growing up, I was not lucky enough to go on family vacations. We were dirt poor. My mother was a teen mom and the only time I was lucky enough to go on a “trip” was to go up north to my aunt and uncles trailer in Oscoda. They owned a canoe and golf course and sold ice cream. Of course, hubby loves to play golf, so we brought along his clubs in his super safe golf travel case. That way he could play a round or two of golf while we were there!

Our three-hour station wagon trip included bologna sandwiches and a Faygo cream soda, which we had to split. There was NO stopping so if you had to go to the bathroom, it meant peeing in a McDonald’s coffee cup.

Which meant I sipped my soda and tried very hard to not think about using the bathroom. We sang songs, played the road sign alphabet game and mostly just stared out the window. I would look into other cars and trucks and just wondered what their lives were like. I was a dreamy kind of kid.

I chuckle thinking about how my kids would react if they had to take a road trip as I used to. They would whine and say they were bored. They would want to stop for food and not eat the bologna sandwich. (I do not even think my kids have ever eaten bologna.) They would say I am starving them only giving them one option. Oh and only one choice of a soda flavor, very unacceptable. Singing along to the drivers tunes instead of listening to their Spotify with their ear buds in…that would be torture. I am certain someone would threaten to jump out of the car!

Today my kids get electronics with games, videos and their own choice of music. As we drive down the road, my husband and I shout at them to look out the window but they cannot hear us.  They miss so much starring down at the screens and not singing our songs.

After our long trip to South Carolina, I reflected on the drastic differences between their childhood and mine. It is so different with my own children. They are used to the trips, they have the technology and even though they are grateful, they have never been in my shoes. Sure my mother used to fret about checking off your packing list, but it was still fun family times all around!

To make more of our next family holiday or road trip and to embrace the differences that exist, I’ve come up with four ideas to engage with the children more and utilize technology for everyone’s benefit. Let’s face it, after hours and hours in the car, you’re thankful the kids are quiet and looking at their devices. Be honest! Maybe not ALL the time but they can be a lifesaver. I’m certainly not down for saying no devices! 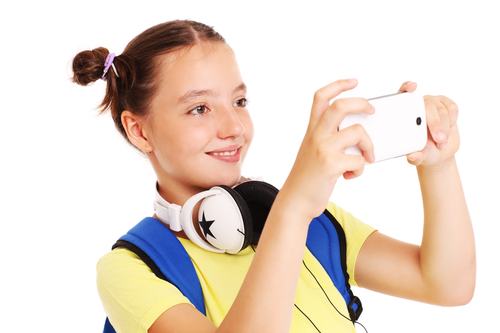 Photography Challenge. Challenge your children to use their devices to capture unique photos of the trip. Turn off the data/Wifi, let the kids snap photos, and be creative with photo editing apps. Take their masterpieces when you get home to create a photo book of memories that they have captured.

Reward Them. When we would not stop talking and my grandmother needed a break, she would tell us the first person to see a deer would win $1. This had us looking out the window and being quiet as mice. Ask your kids to put down their devices and the first kid to find _________ will get to pick the restaurant for dinner.

Start a Journal. Each day on the road have each person write down highlights of what they have seen; what they are thankful for, a favorite stop, etc. This is a great keepsake to look back on. 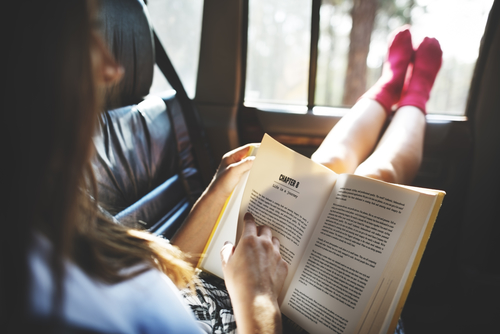 Reading Time! For every 2 hours on the road, have the children pick up a good old fashion book and read for 30 minutes. You might be surprised; they could read for far longer than 30 minutes!

Choose a Family Audio Book. Choose an audio book the entire family can listen to. Discuss the characters, the book, the plot, etc. during pit stops.

I would love to hear your ideas. How do you make the most out of family road trips?