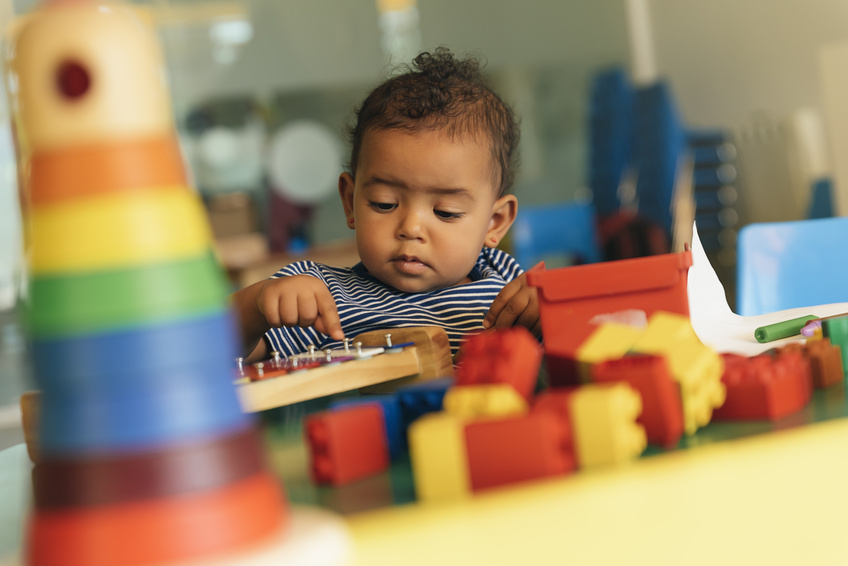 The average household in the United States contains approximately 300,000 things. If you’re a parent, you might know far too well — perhaps from stepping on a rogue plastic brick and subsequently writhing in pain — that your child’s Lego collection encompasses a significant portion of those 300,000 things. Lego is celebrating its 60th anniversary this month, proving that this childhood toy staple is likely here to stay.

It all started back in the 1930s, when Danish carpenter Ole Christiansen revised his business model during the Great Depression; while customers weren’t buying furniture, they were willing to buy toys. By 1936, Christiansen was producing more than 40 different wood-carved toys under his own brand name, leg godt (which means “play well” in English). By 1949, the company started producing interlocking plastic bricks that are now known as Legos. Nine years later, the invention received its patent, meaning that it had to meet three criteria: namely, the toy was declared useful, novel, and non-obvious.

Ole’s son, Godfred, who later took over the company, took things a step further. He challenged creators to build in 10 characteristics into each Lego project, like the ability to spark creativity in children and the idea of providing unlimited play potential. Throughout the decades, the company continued to innovate, launching models with gears and motors, devices with sound and light capabilities, and its iconic yellow Lego figurines. Lego even opened its own amusement parks all across the country and has its own movie and has inspired subsequent spin-offs.

Although the company has produced more than 700 billion Legos — enough to provide each person on earth with more than 80 bricks or stack a tower that can reach the moon and back 10 times — it hasn’t always been easy for them to stay relevant. British research has found that the average 10-year-old owns approximately 238 toys, yet plays with only 12 on a daily basis. In 2003, Lego was actually on the verge of bankruptcy, struggling to compete with high-tech entertainment options. But the formation of the company’s Future Lab likely saved the enterprise.

Staffed with 50-some-odd scientists, researchers, and designers, the Lab was created to find out what kids want and how to develop new, unique play experiences that will appeal to them. By 2017, it was clear this move had paid off: Forbes ranked Lego as the 76th most valuable brand in the world, worth around $7.9 billion.

Although the symbol of the 60th anniversary is traditionally the diamond, Lego decided to make something just as impenetrable to celebrate: a 1,200-pound, 10-feet-tall version of the iconic brick, installed in their store in New York City. LEGOLAND also hosted celebrations last month, while Walmart rolled its Lego prices back to their original 1958 base price to give back to loyal customers. The company also released commemorative sets with a vintage vibe that harken back to the brand’s roots.

While the simplicity of the Lego might make some consumers assume today’s tech-savvy kids have outgrown the concept, Lego is quick to point out that the benefits of the bricks have allowed the company to endure.

LEGO Group’s Chief Marketing Officer, Julia Goldin, said in a statement: “LEGO play is powered by imagination and curiosity, and the LEGO brick is at the very heart of it — putting the bricks together and taking them apart over and over, with imagination as your only limit. This helps young minds to stay open, keep exploring and develop skills essential for the 21st century, such as creativity, collaboration and problem solving.”

No matter why your kids love Legos, it’s safe to assume they’ll probably be around for quite some time to come. So while your feet may not be so thrilled, it’s likely worth it to watch where you step so that young minds can flourish.