Non-profits, business and organizations often have promotional items to pass out at expos, fairs and for “goody bags” that help brand their company, remind the customer of who they are and how they can be reached. It is common to see pens, bags, notebooks, key chains, etc. as promotional items. It is always a challenge to look for an item that will be used, remembered and not just tossed and thrown into a landfill or recycled. It’s also a challenge to find mass quantities of a promotional item that is affordable.

A Mom on a Mission

Needless to say, I wanted sippy cups or trainer cups as a promotional item with a logo and information on the top of the cup. Not an easy task to find and one that started nearly one year ago! I insisted the cups be BPA free, despite some disagreement with the promotional company and their feeling about BPA. I just would not budge and felt if I wouldn’t let my kids drink out of it I could not in good faith give it to other children. I have had success with BPA, lead free and recyclable sand pails so I figured BPA free sippy cups for promotional items could not be hard, I was wrong. Luckily, cups were found and after almost one year the cups arrived, 500 of them from Arrow Plastic Manufacturing. I was thrilled and naturally inspected the cup looking for a plastic number on the top and bottom of the sippy cup. 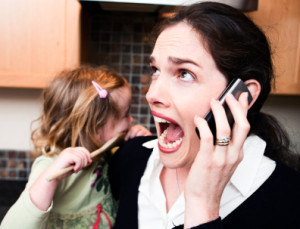 What I found surprised me. The top of the cup was #5, so this was normal and yes BPA free. The bottom of the cup said #3 (Polyvinyl chloride/PVC). I wondered if I was reading it wrong or it was mismarked and checked several cups and bottoms of the cups and my eyes were not mistaken. I have never seen#3 on a plastic sippy cup so I called Alicia (she is on speed dial) from The Soft Landing and left her a message, which was quickly returned. She was certain I was mistaken because she had never seen this either.  On a shampoo bottle that is normal but I don’t let my kids drink out of a shampoo bottle so there’s a difference!  If you need to learn more about the plastic symbols and what they mean, visit the Daily Green.

PVC without Phthalates Are Still Not Safe

Here’s the catch, the cup is indeed BPA free and considered safe by the FDA. It is a hard plastic and as the company describes in the “What’s Hot” portion of their website it does not contain no phthalates. Oh phew, I’m safe and so let’s guzzle down some juice in that sippy cup! Um, wait doesn’t PVC contain other harmful chemicals besides just phthalates? Yes! PVC also contains dioxin a known carcinogen but that is released during the process of making the PVC but what about chlorine and lead? So my first thought is the plastics industry has discovered a loop hole in making a BPA free sippy cup, pleasing the consumers and FDA all while still making a potentially toxic sippy cup and or other products for kids and consumers.

The cup clearly says it is not for hot liquids and if I were to use it in the dishwasher, it would melt. Alicia from The Soft Landing explained to me that PVC is still not safe even if it is free of phthalates. This is one reason why she’s been so adamant at parents going PVC-Free as well as BPA and Lead free. Read her reaction to my phone call and just why this might not be the end of the world but something to watch for in the future.

I’m not a plastic expert (this is why I referred to Alicia at The Soft Landing) and I’m not against the use of plastic. I know PVC is everywhere but what I’d like to not see is PVC that can leach harmful chemicals into my food and juice be used as a substitute for BISPHENOL-A (BPA) because the FDA says it is approved. After all the FDA has changed their stance on BPA and maybe it’s about time they look at PVC.

I’ve fallen into a pit of 500 sippy cups that are indeed BPA free. They cannot be recycled because #3 plastic is not recyclable and after all, I got what I paid for, BPA free sippy cups with my pretty logo on the lids.

When reading through the Daily Green I see that the plastic shouldn’t even come in contact with food I’m cooking:

“PVC is tough and weathers well, so it is commonly used for piping, siding and similar applications. PVC contains chlorine, so its manufacture can release highly dangerous dioxins. If you must cook with PVC, don’t let the plastic touch food. Also never burn PVC, because it releases toxins.”

I naturally think it is not a good idea to let my child drink out of the cup or to give the 500 cups away but am I wrong? What is the right thing to do and who is right?

Resources and Research Plastic Yourself

Center for Environmental Health and Justice