Summertime is here! This means later nights, dirty feet, marshmallow covered faces, bug bites and endless rock collections. For my home it will now include summertime chores because last summer I learned that my kids still need structure and routine. Otherwise my summer is no fun because I’m cleaning up the sand, doing the laundry and putting it away and scrubbing the floors while everyone else is enjoying the sunshine and warmer weather. That makes this mom grumpy and yes I am stomping my feet and saying, “No fair!”

Last year I tried a chore chart and it was a flop. It was way too complicated with reward tickets, stars and we’ll we just let it all go because it was too time consuming to keep up with. You shouldn’t need a degree to figure out a chore chart! After scrapping the chore chart last year I found myself giving the kids random jobs, asking for their help here and there but there was no structure or responsibility – other than them keeping their rooms picked up. Last summer and even on weekends this fall and winter I heard “I am bored”, I found myself picking up their toys and consequences became very inconsistent and left my husband and I debating on what to take aware or how to punish the kids.

I needed to figure this out because after all, I’m raising children to be responsible adults…right?

Right! So I’ve decided to have a simpler chore chart for the summer that has everyday chores (Stuff I was doing that they are capable of doing themselves.) and additional Monday thru Friday chores that included putting their laundry away, cleaning out the car, feeding the turtle and watering the flowers. I always had to remind them to do this or that but the chart takes away the nagging and reminders and they can visually see what they need to do without me repeating it over and over.

I was becoming that nagging mother and it had to end.  (tweet this!) 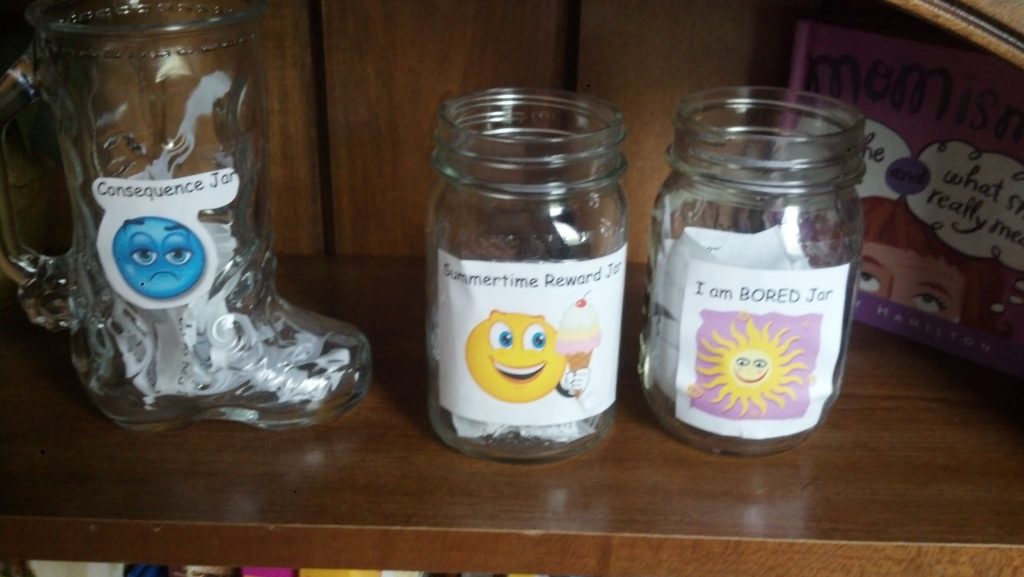 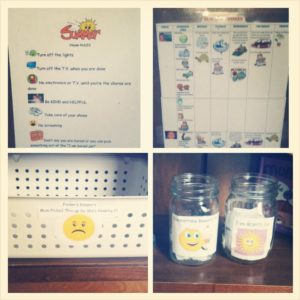 I was tired of picking up their toys each night so now if I pick them up they go in my finders keepers bin for the entire summer (This might change but for now they are fearful of losing something for the summer so it is working.) and luckily nothing has ended up in the bin. We set basic summertime rules because even though we have unspoken rules it made sense to post them so that I could gently remind them of how we as a family operate.

I do not pay my children for chores but I reward them and offer an incentive. (tweet this!)

I was never paid for chores and frankly nobody pays me to fold laundry or put the dishes away so why should they be paid? I did not want to hear them say they’d help me if I paid them. I want to teach them to be helpful because they care. I, however, believe in rewards and incentives which is why I created the summertime reward jar that I’ll choose from each Friday if they do a great job doing their daily chores and being part of the family. The rewards are something that they’ll enjoy but that we can do as a family too.

If you’re looking at doing something similar for your children this summer feel free to download my chore chart (which you can edit) and my graphics for the jars, consequences and rewards to print these for FREE. They are in MS word so you can easily edit them and add your own graphics and chores. (tweet this!) 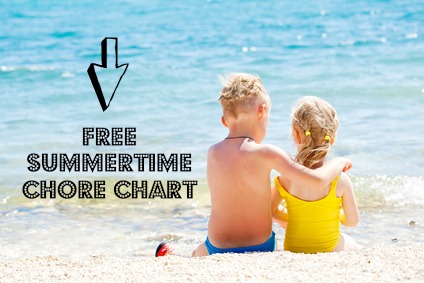 Summertime rules, consequences and” I am bored” ideas